Music creates and conjures up memories. It can trigger very personal journeys of (self-)discovery and reflection.

Katey, a psychology student from the University of Surrey, shares her ‘nostalgia for a bygone era’ playlist and explains her choices. 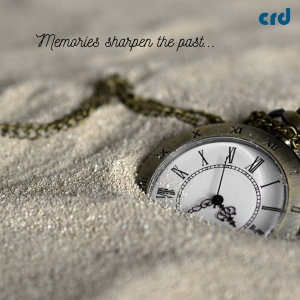 Ave Maria had to come first. Liebeslied then sets the tone for the rest of the playlist before surprising the listener with the power of brass music. Greensleeves was also a must as it is a song my dad likes very much and used to hum around the house. From one family member to another: I decided to add a cello sonata as my little brother played the cello when he was younger, and the musical form is one I tend to enjoy.

Next up is the Rondo-Allegro from Eine Kleine Nachtmusik: the work is well-known but this movement much less so – it deserves attention! This brings me onto another recurring theme of this playlist: I wanted to highlight lesser-known pieces, as well as showcasing one of CRD’s latest album releases which, coincidentally, matches my taste very well, hence why so many of the tracks feature here.

From planning social media posts, I discovered that I like all of Liszt’s most famous songs, and so I wanted to honour that by including one of his pieces: Liebestraum No. 3. Meanwhile, to broaden my musical survey, I wanted to include many different composers, and that is why I chose the Beethoven and Schubert pieces. Grieg’s Notturno had to come next as an example of another form  I like. As for the Ireland, this was chosen to honour my boyfriend’s home country.  At this point, it seemed time to move into opera, and so Puccini’s March Sequence from ‘Turandot’ was chosen. These two tracks have more of a patriotic than romantic feel, but this happily gave me my overall theme: Romantic Patriotism.

And so we come to the final tracks and return to Maya Magub’s latest release with CRD: Consolations. Xerxes was chosen to honour my interest in Ancient Greece and Rome, cultivated during my GCSE and A-level years studying Classical Civilisation. From here, I went in search of other tracks that evoke my studies to date, and so I wanted to include Thaïs’ Meditation as it brings to mind Thais Gibson’s Personal Development School rooted in psychology theory principles and therapy concepts, which I have found very helpful for healing my disorganised attachment style (a work in progress).

Finally, I had to end with Sicilienne, because as I mentioned on the team introduction stories, Sicilienne is a very nostalgic and romantic piece and is my favourite to play on the piano.

So what is this playlist? It is a very personal playlist based on my preferences for Romantic era pieces whilst tying together many themes around family, overlooked works, the latest album release, new discoveries, favourite styles, and pieces I have played in the past.

I hope you feel the warmth with which I’ve chosen these songs and enjoy the carefully chosen listening order.