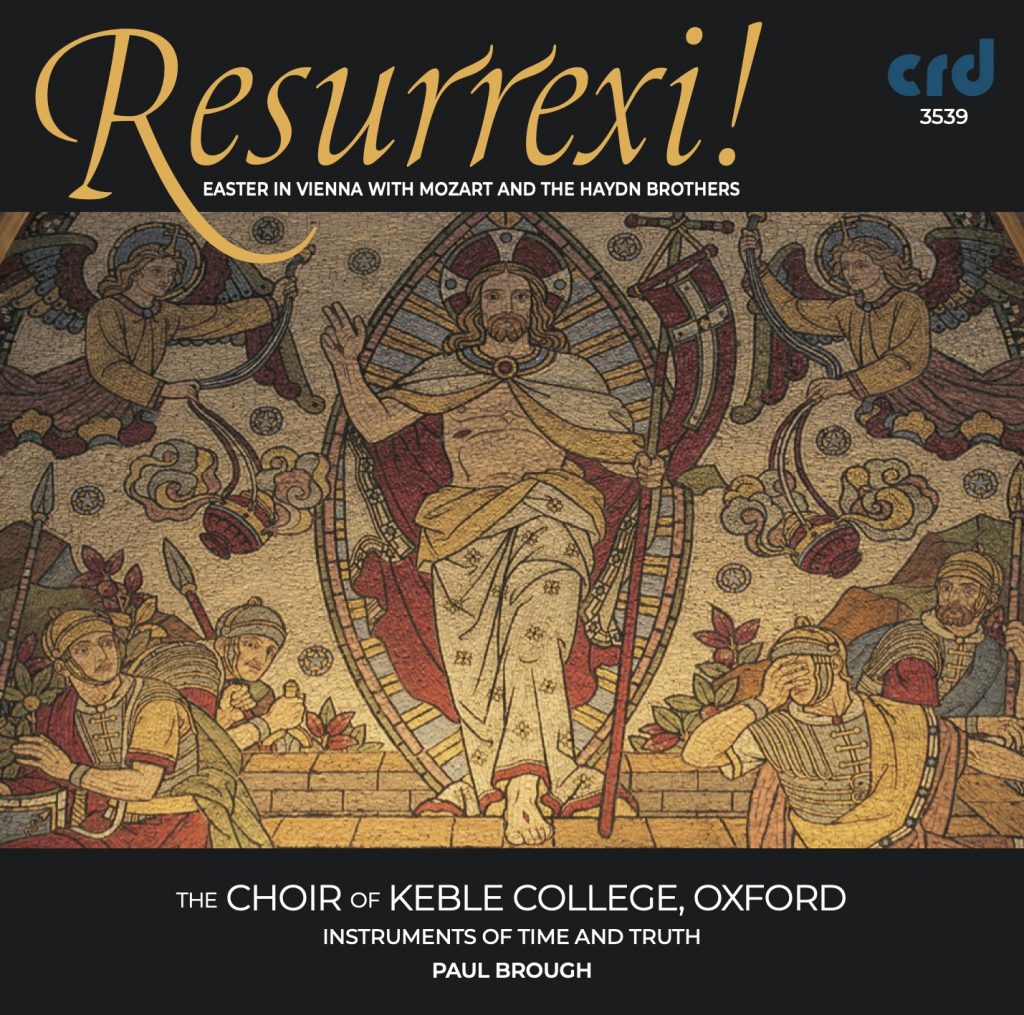 Resurrexi!, recorded in 2021 in the Victorian splendour of Keble College Chapel, celebrates Easter in music – a full mass sequence based around Mozart’s Spaurmesse K. 258, interspersed with plainchant and a treasury of Viennese classical sacred music by Joseph and Michael Haydn. The result offers an imaginary recreation of an opulent service that might have been heard at Vienna’s Stephansdom, or at the Prince-Archbishop of Salzburg’s court.

It is with profound sadness that we announce the death of Founding Director, and, most importantly, our father, Graham Pauncefort, who passed away on New Year’s Eve 2021, aged 81. As we look to fill industry-great boots and take CRD into its next chapter, we would like to take this opportunity to offer a personal …

A life in the ‘industry of human happiness’ Read More » 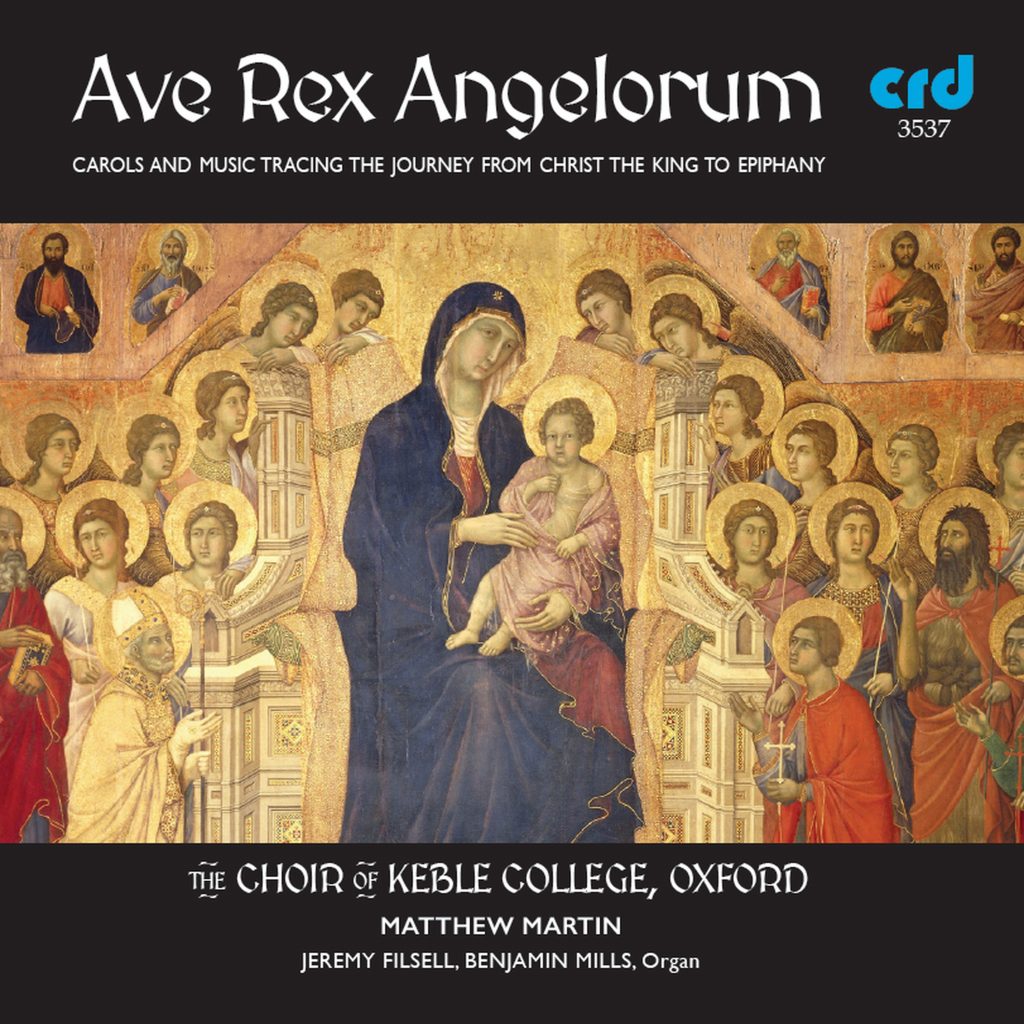 In this unique sequence of music for the Christmas season, the choir of Keble College presents a captivating selection of twenty- and twenty-first century choral music, arrangements and well-known carols. The programme, which features several world premiere recordings, reflects the present tradition of grand liturgy at Keble with inflections of plainchant and kaleidoscopic organ accompaniment. The disc was recorded in the great Benedictine monastery of Buckfast Abbey, showcasing its stunning acoustic and magnificent Ruffatti organ. The Choir of Keble College, Oxford is one of the city’s most distinctive mixed-voice ensembles and comprises around eighteen choral scholars, some volunteers, plus up to three lay clerks. The choir regularly broadcasts on BBC Radio 3. 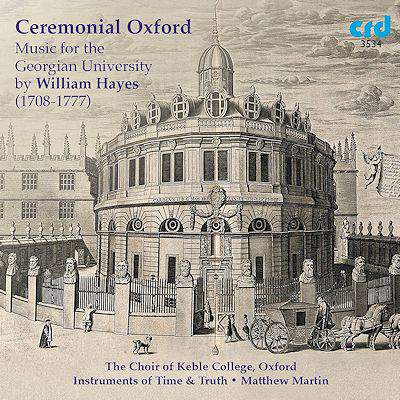 William Hayes was Professor of Music at the University of Oxford from 1741 to 1777. A keen admirer of Handel, he composed celebratory music for many Oxford occasions. The Choir of Keble College and Instruments of Time & Truth revive music written for the chapels of Oxford, University ceremonies at the Sheldonian Theatre, and for grand concerts given in the Holywell Music Room, the earliest purpose-built public concert room in Europe. Instruments of Time and Truth was founded in 2014 to provide a platform for international performers resident in and around Oxford, many of whom hold Principal positions with groups such as the Academy of Ancient Music, the English Baroque Soloists and the Orchestra of the Age of Enlightenment. Since its inception, IT&T has assumed a significant role in underpinning the tradition of choral excellence in Oxford in collaborations with the choirs of New, Keble, Magdalen, The Queen’s, St Peter’s and Merton Colleges, as well as with choirs from within the community. Keble College Choir is one of Oxford’s leading mixedvoice ensembles. Since 2015, the group has performed in France, Hong Kong, Singapore and the Czech Republic, as well as widely in the UK, and regularly broadcasts on BBC Radio. It plays a prominent role in the annual Keble Early Music Festival and much of the choir’s repertoire is based around the music of the 16th to 18th Centuries. There is a close association with the Oxford-based period instrument orchestra Instruments of Time & Truth and this is their first recording together for CRD records. Matthew Martin studied music at Magdalen College, Oxford and organ at the Royal Academy of Music. He later studied with Marie-Claire Alain in Paris. He won the liturgical category in the 2013 British Composer Awards and has written for many of the UK’s leading choral ensembles including The Tallis Scholars, Gabrieli, The Sixteen and ORA Choir.

From The Beatles to Brahms our story Explore Catalogue 1961 Pre-CRD Sailing into the history books The young Graham Pauncefort, Sales Manager aged 21 at Deutsche Grammophon, meets a promising young group up in Liverpool keenly looking to release their early recordings 1965 Industry charts a rising star A trade magazine comments on the rising …